How to order an i-Drive?

IMPORTANT NOTEDimension tables do not display properly on small screens. Download Power Chair Compatibility Chart table on your device below. 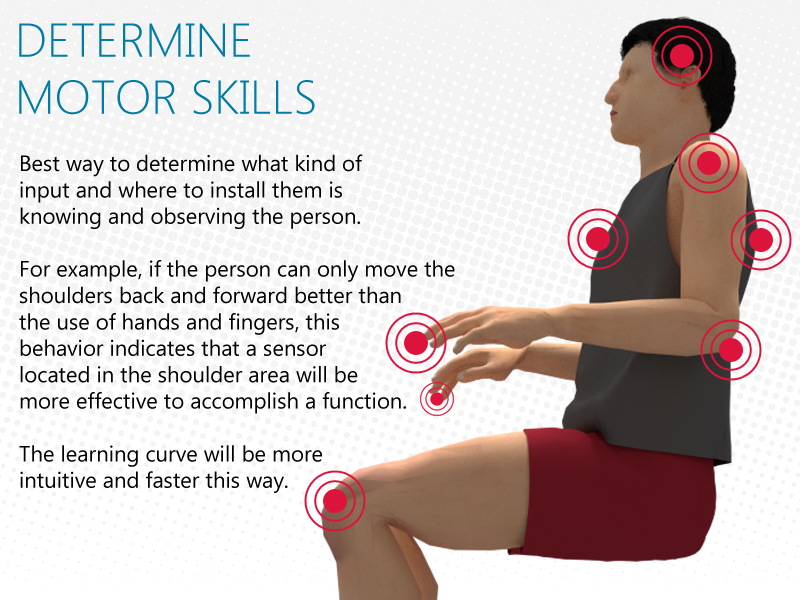 Observing and interviewing the individual is the best method to determine: 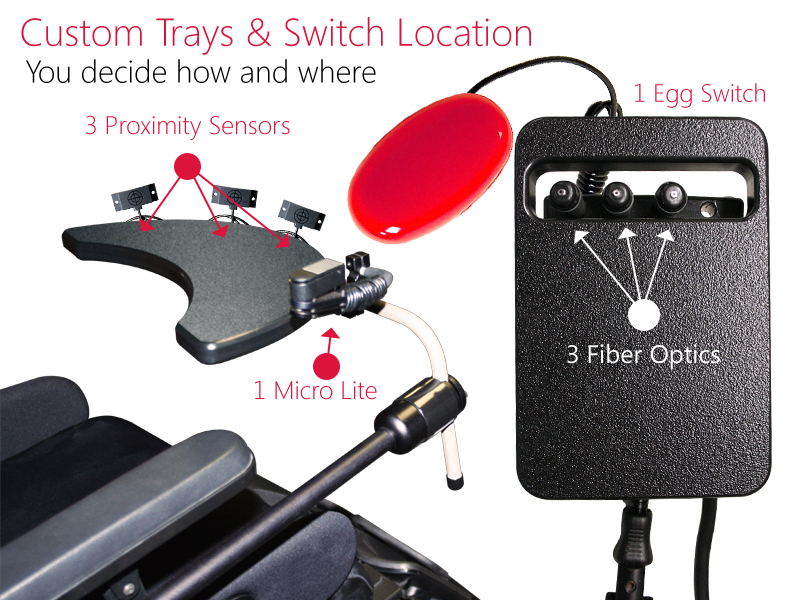 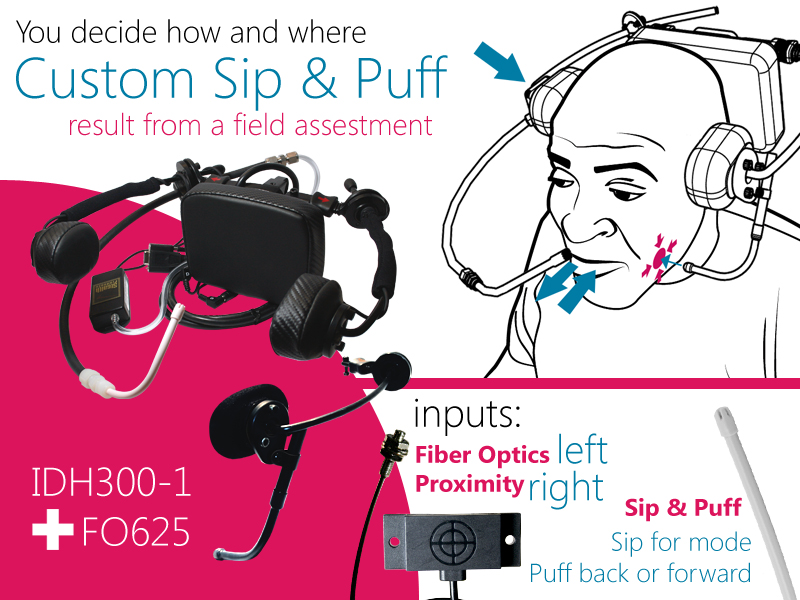 By surveying a case we were able to determine: 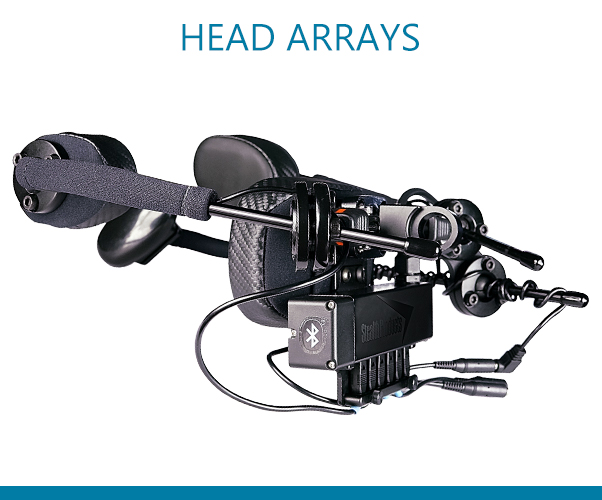 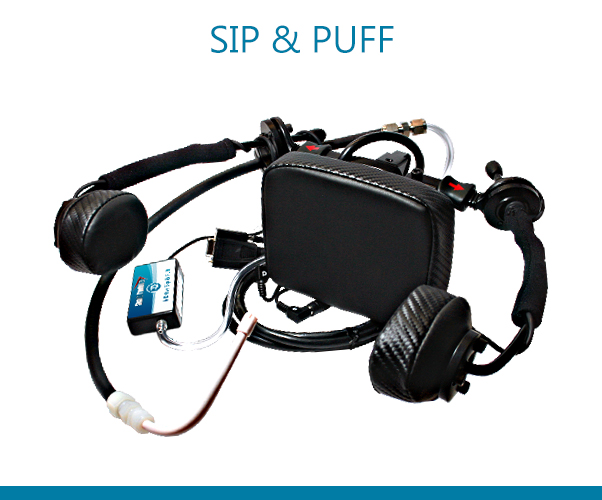 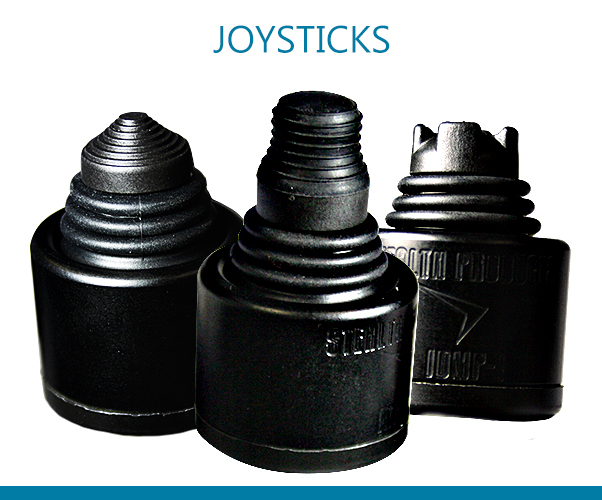 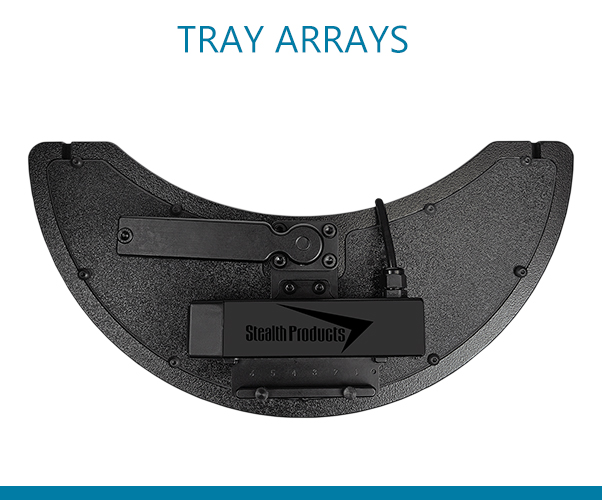 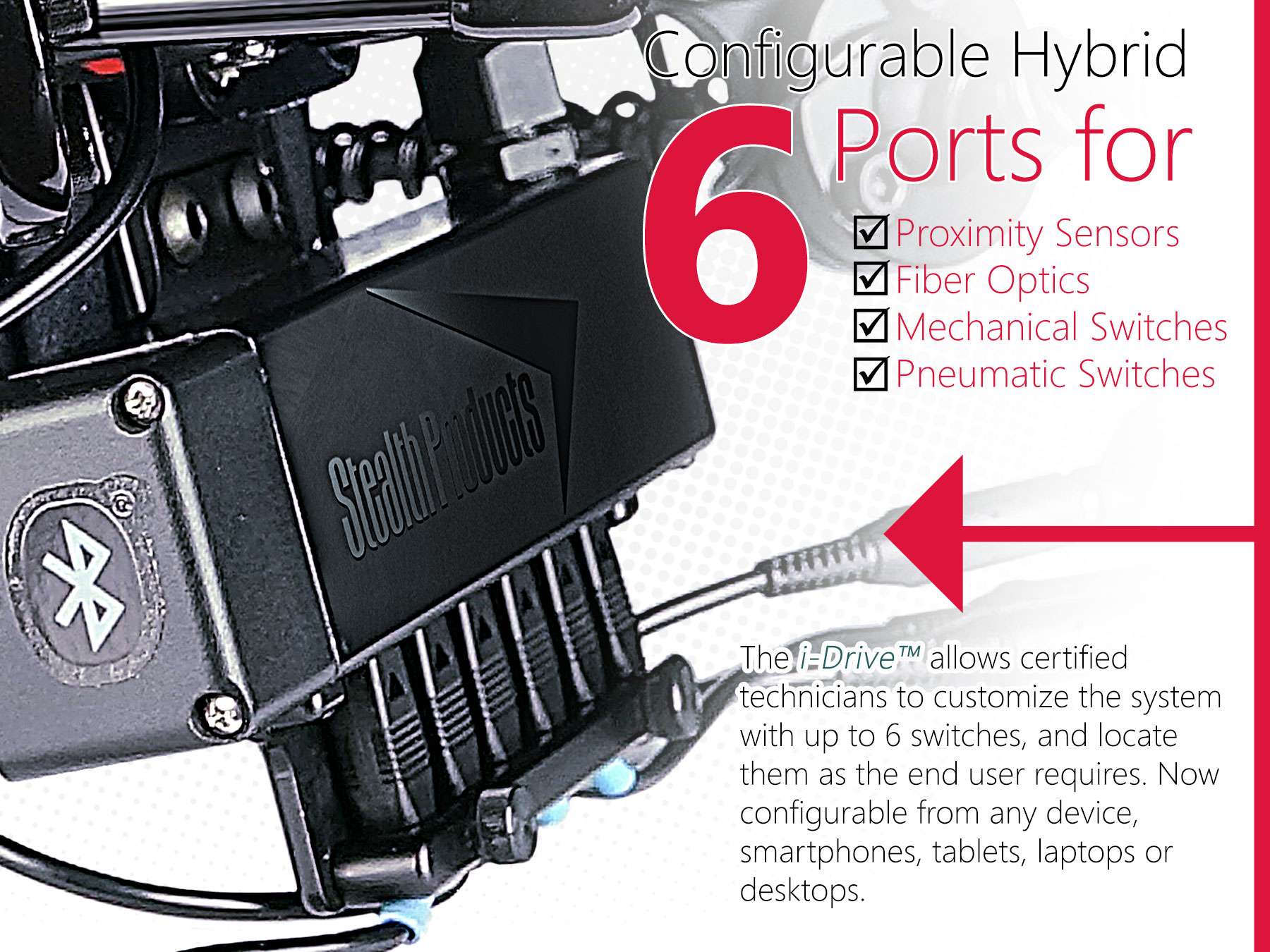 You can choose among Pneumatic (Sip & Puff), Mechanical (Touch), Proximity (Sensors) and Fiber Optics (Sensors) to input data into the i-Drive Interface. 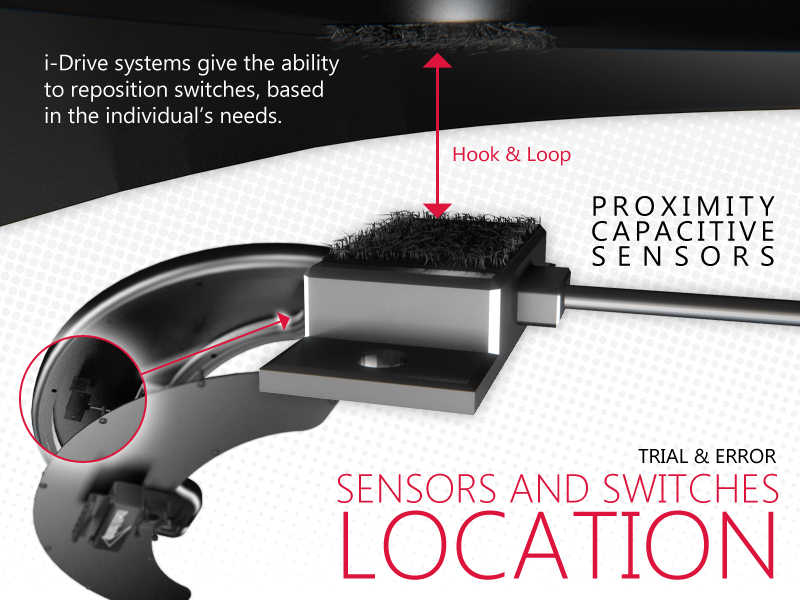 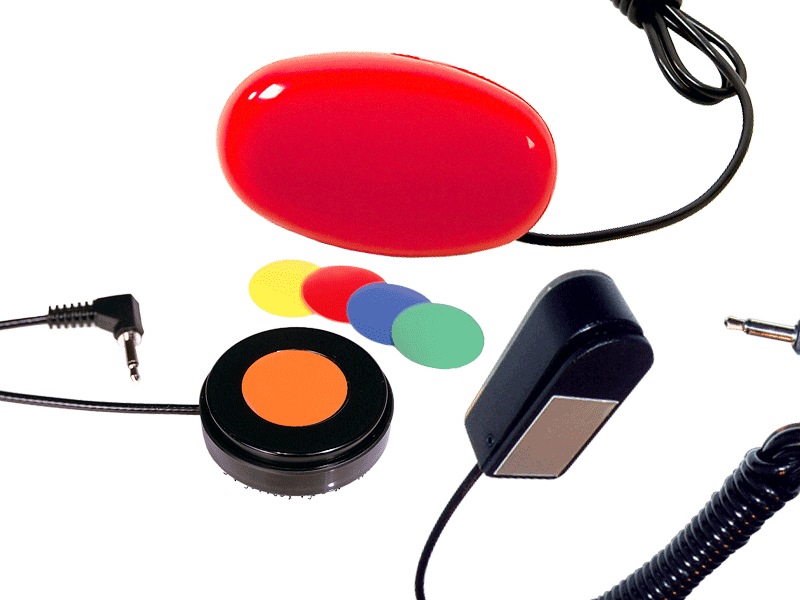 These switches require any type of direct physical contact in order to be activated. They do not require a power source. 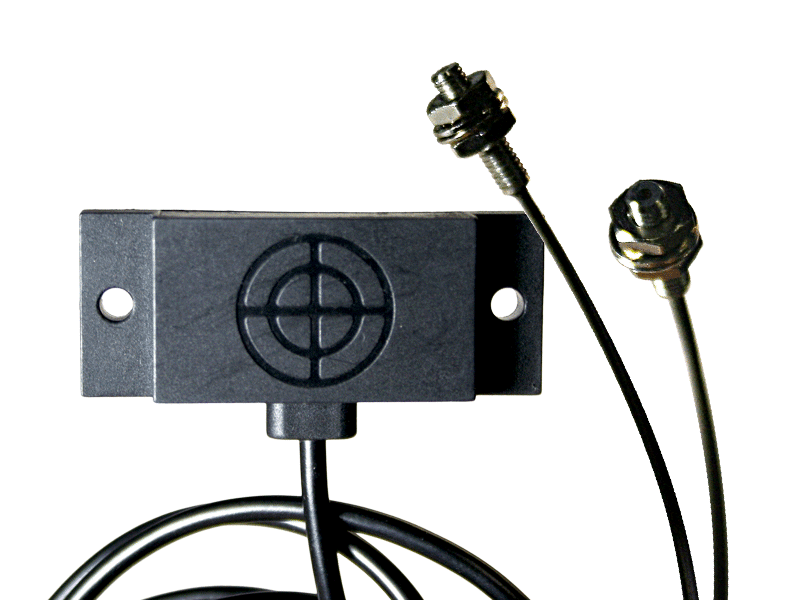 These are electronic switches which do not require any physical contact. The proximity sensor creates an imaginary bubble, or light beam, which detects any non metallic body that moves close and enters this sensory bubble, activates the sensor, and sends the signal to the device. They require 12V A/C power provided by the interface.

Which one should I use?

This type of switch should only be considered when the individual has controlled abilities of his/her extremities, moderate to normal force, and precise depth perception. For example, this is perfect for users with some control of their hands or feet.

Even though it is considered a mechanical switch, this pneumatic option works perfectly for individuals that can perform a mechanical task inhaling (sipping) and exhaling (puffing) but lack of control of their extremities. It will convert breath into a mechanical equivalent of two (2) regular mechanical switches.

As the name implies, no physical contact is required in order to activate a function.

These sensors are perfect for individual with minimal, limited, or no functionality in their extremities. 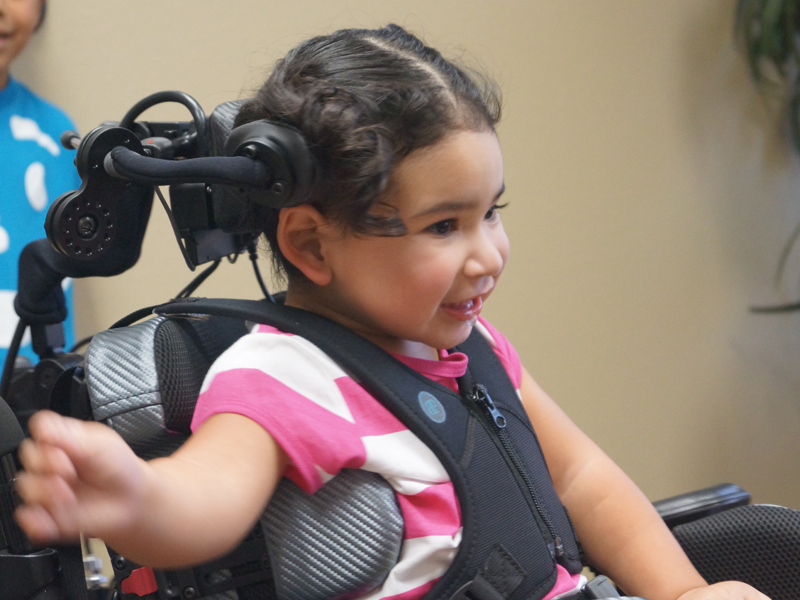 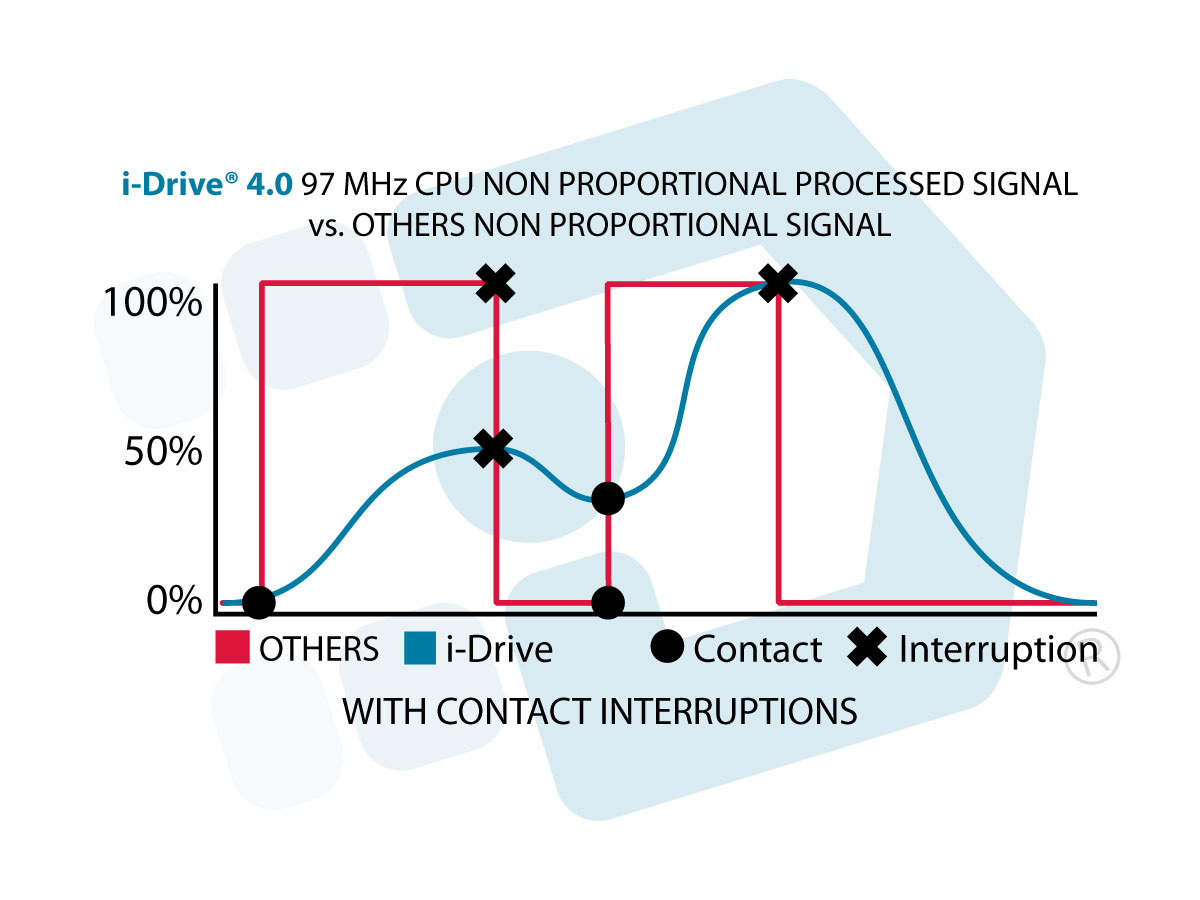 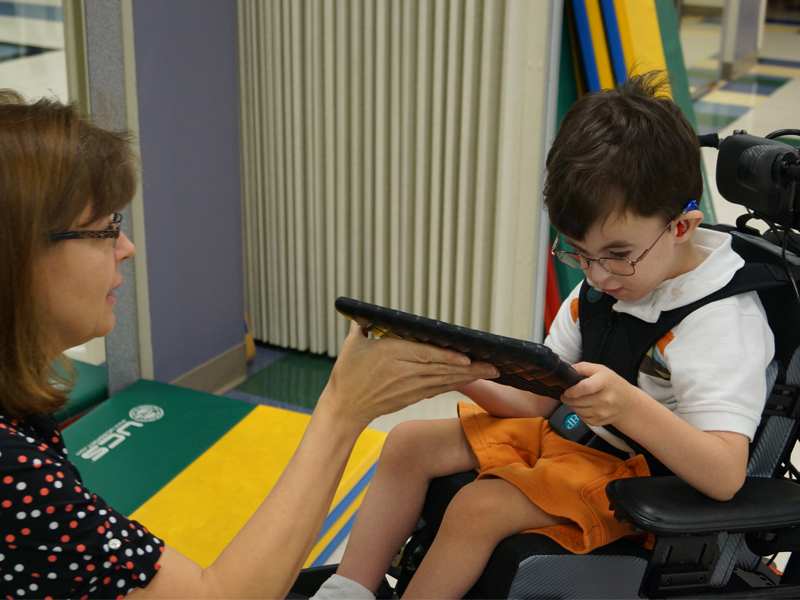 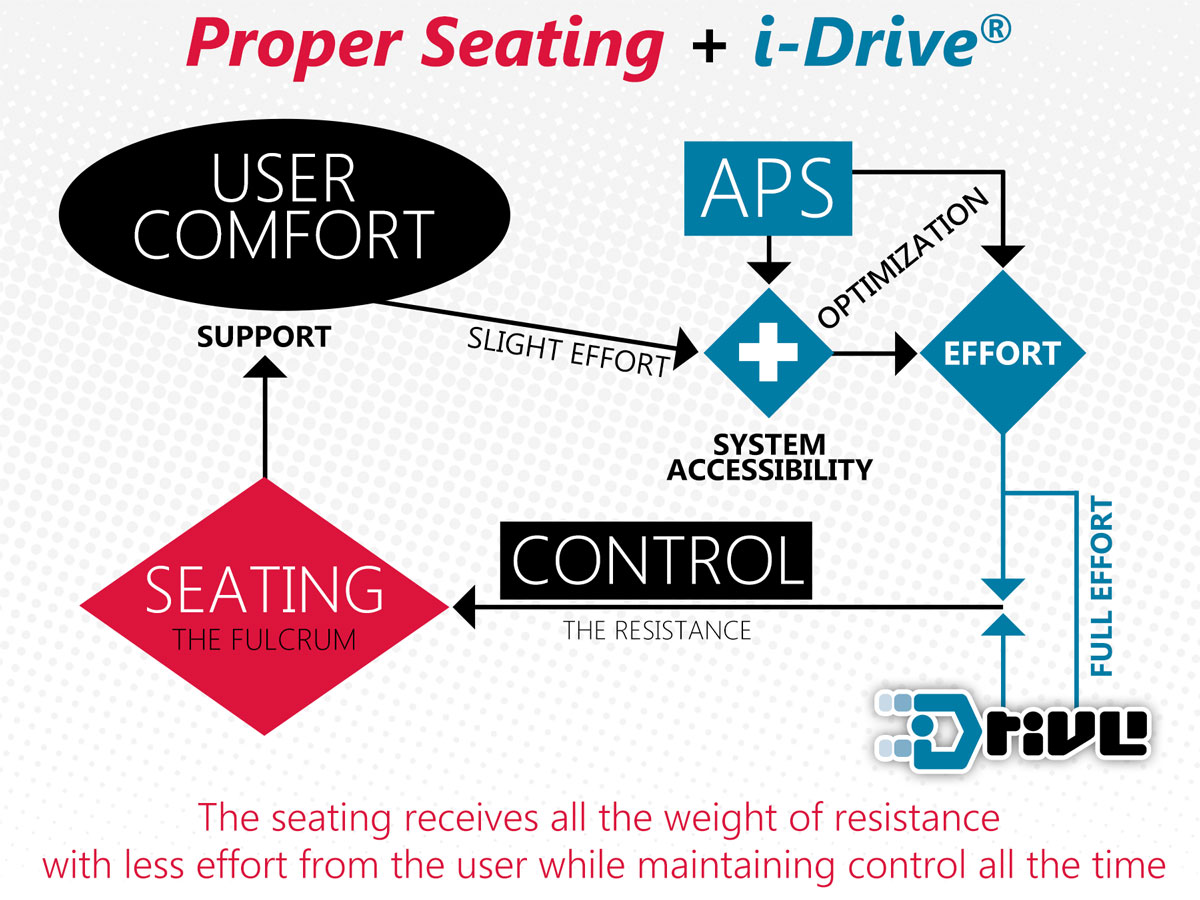 When planning system accessibility and seating positioning options, think about your client's strengths and weaknesses. Like the fulcrum that absorbs more of the weight in a second class lever, you want the user effort to maintain control over the resistance supported by the fulcrum (the seating), not the other way around.

Placing the switches in the right position is just part of the configuration. By creating this fulcrum, or cushion of resistance, with the unlimited options available from Stealth Full Seating line, the customization power of the i‑Drive system is infinite.

The i‑Drive interface is discreet, compact, and smartly designed so it can be located wherever you need it. 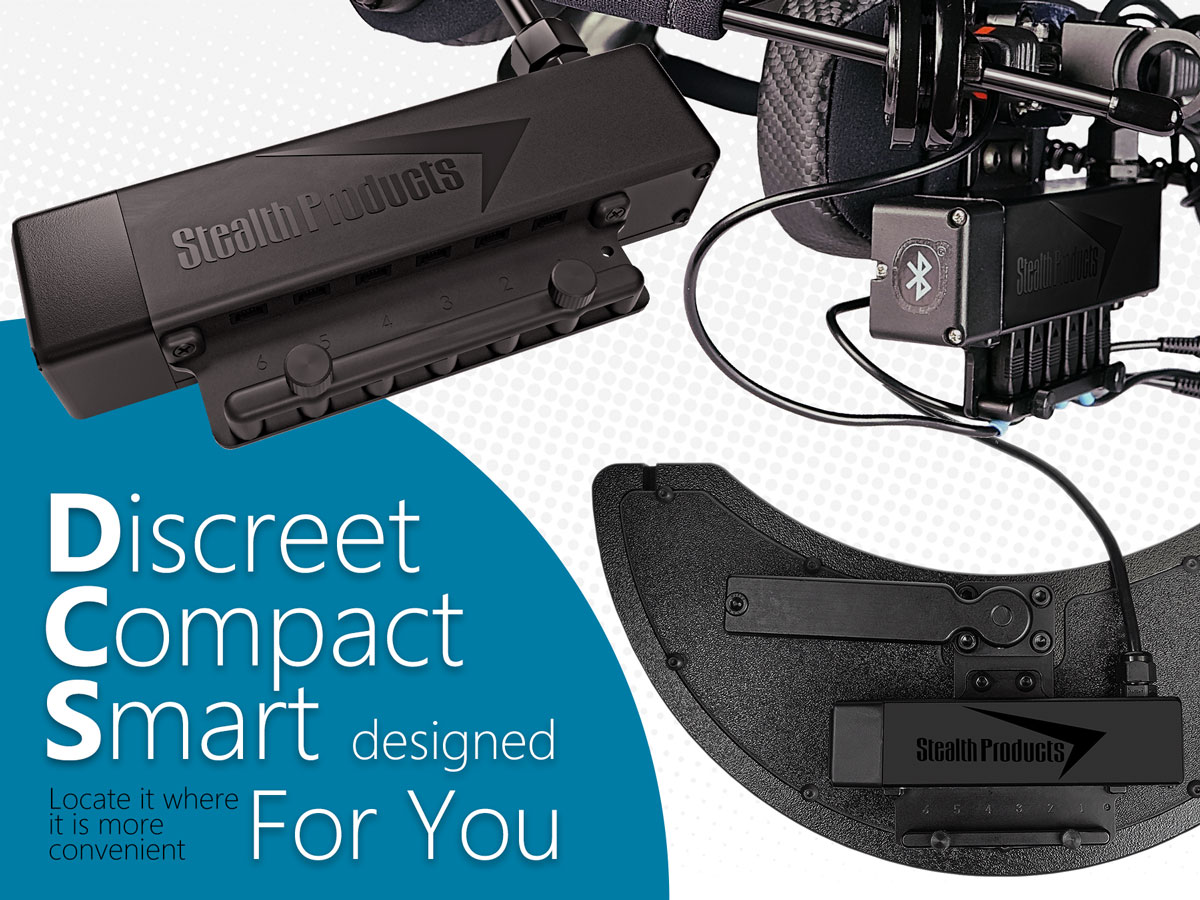 Never compromise your ability to optimize switch access and positioning! 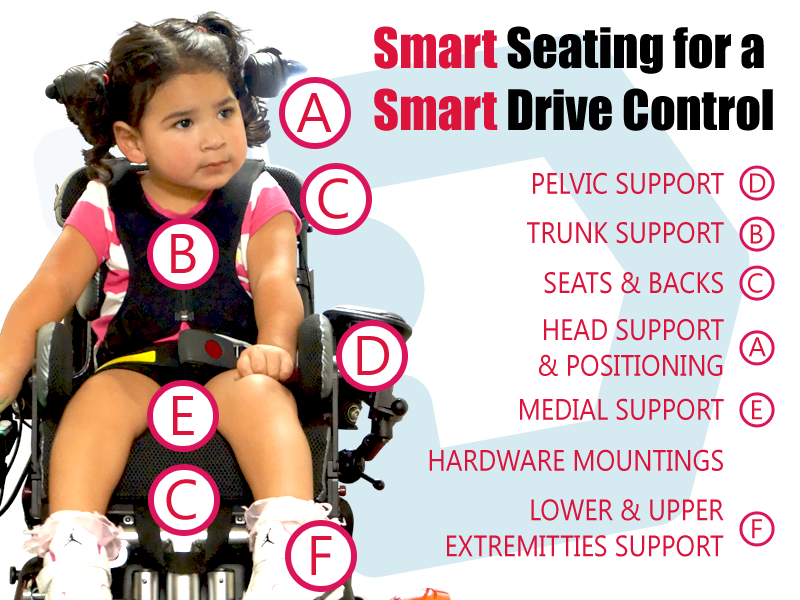 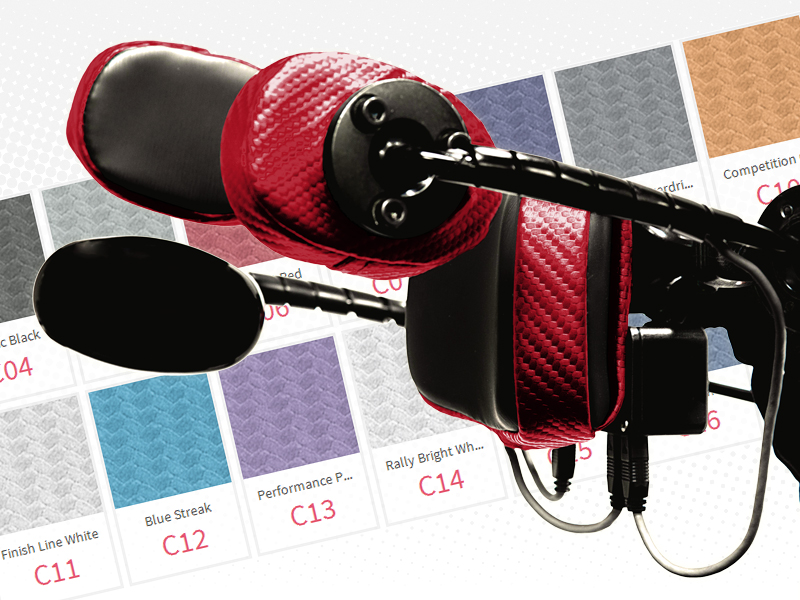 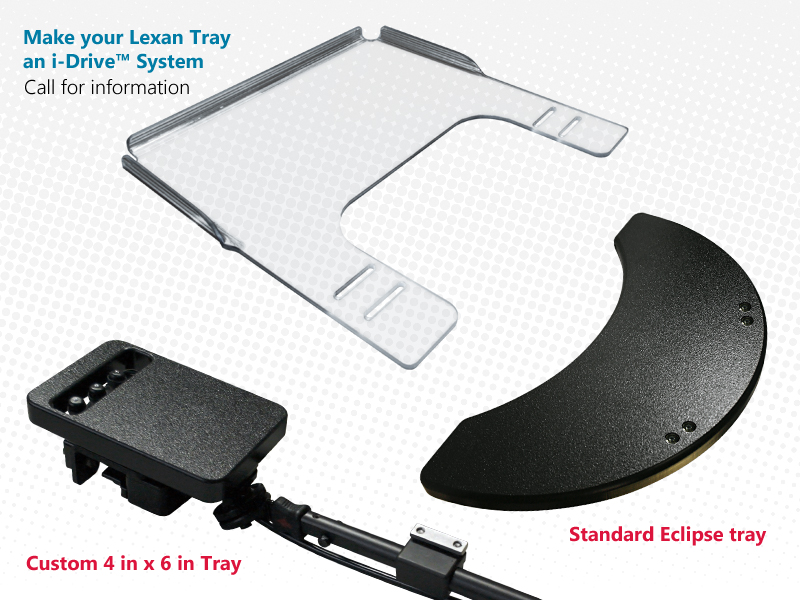 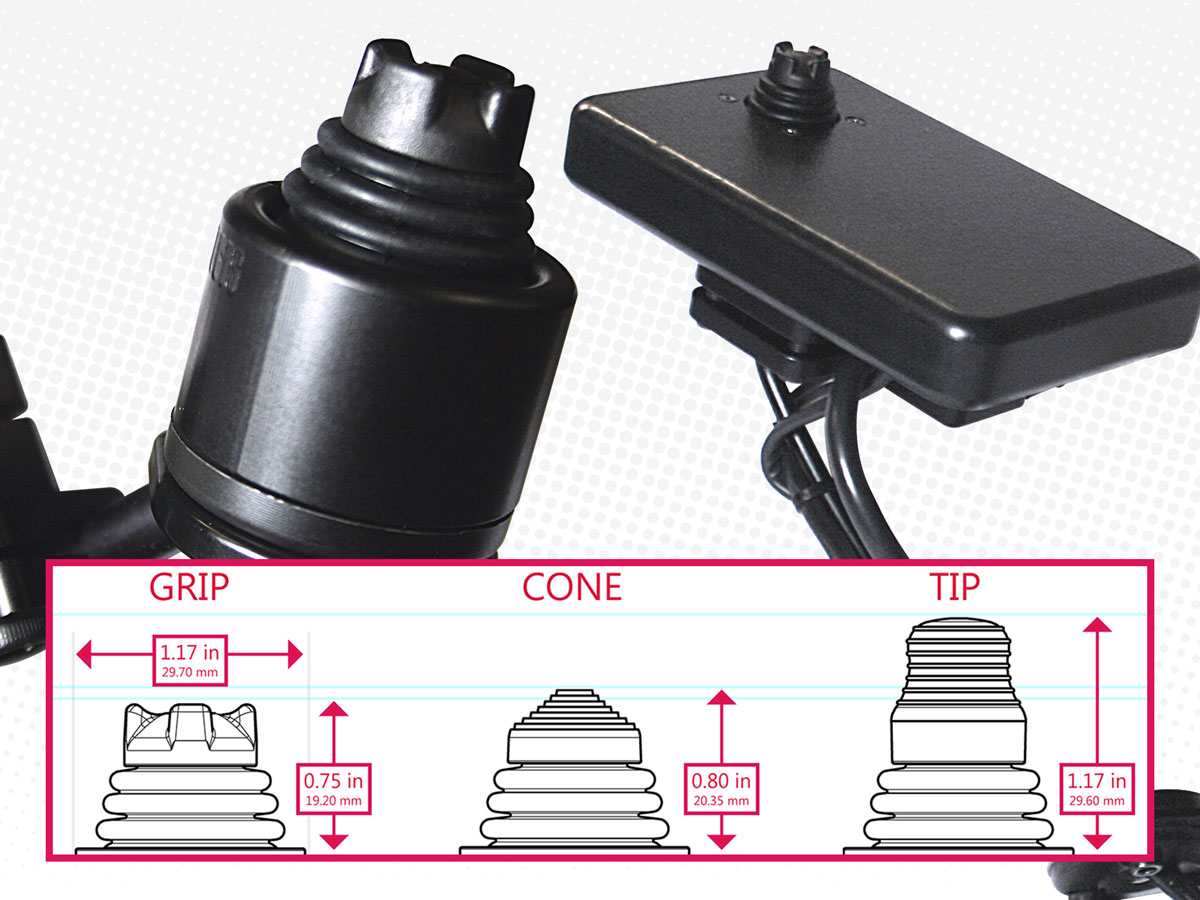 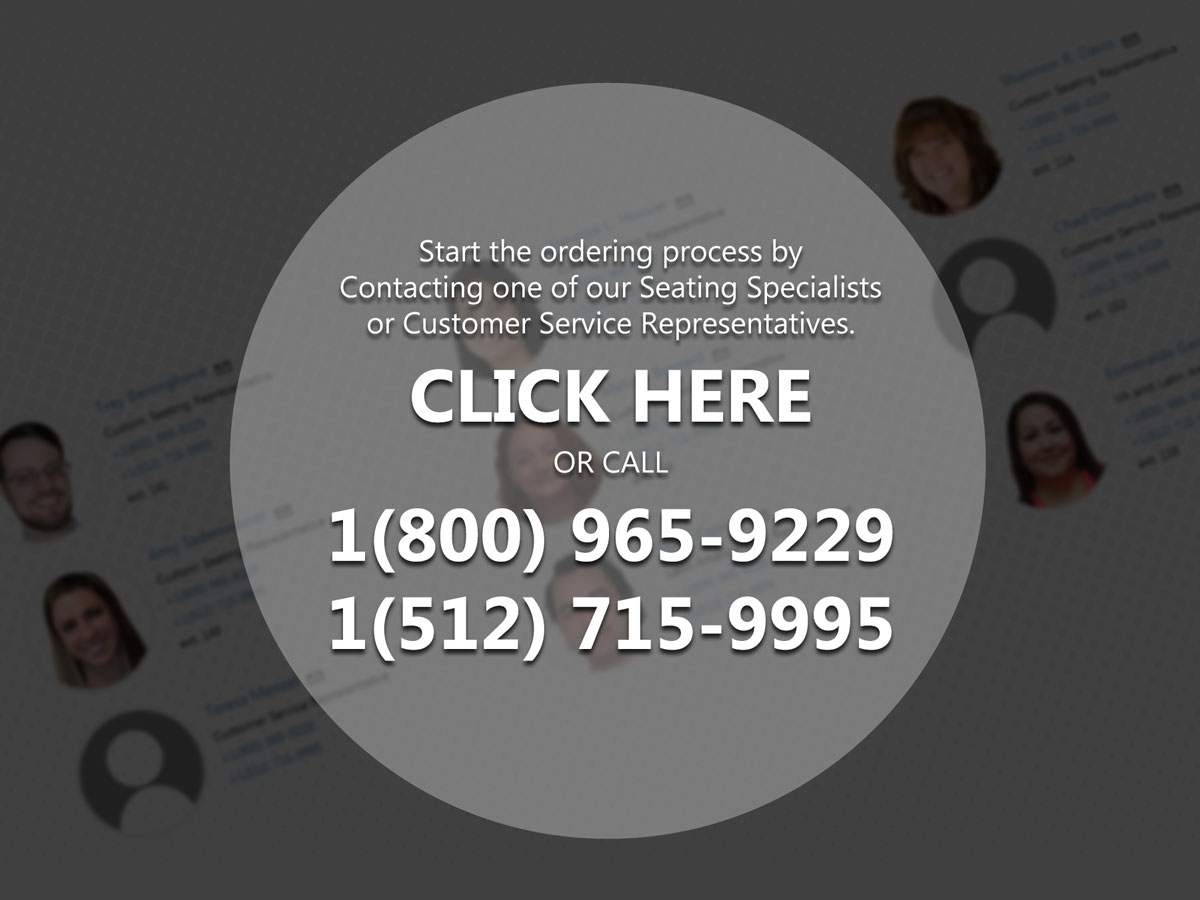 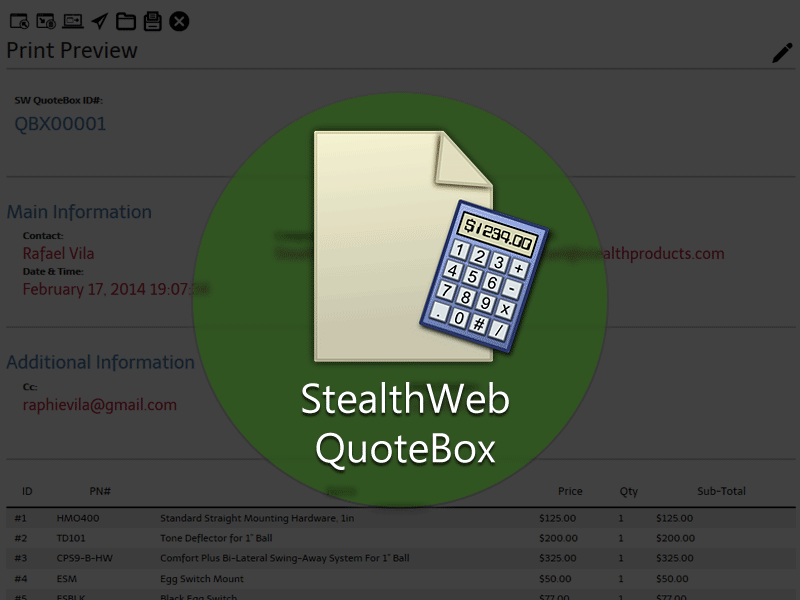